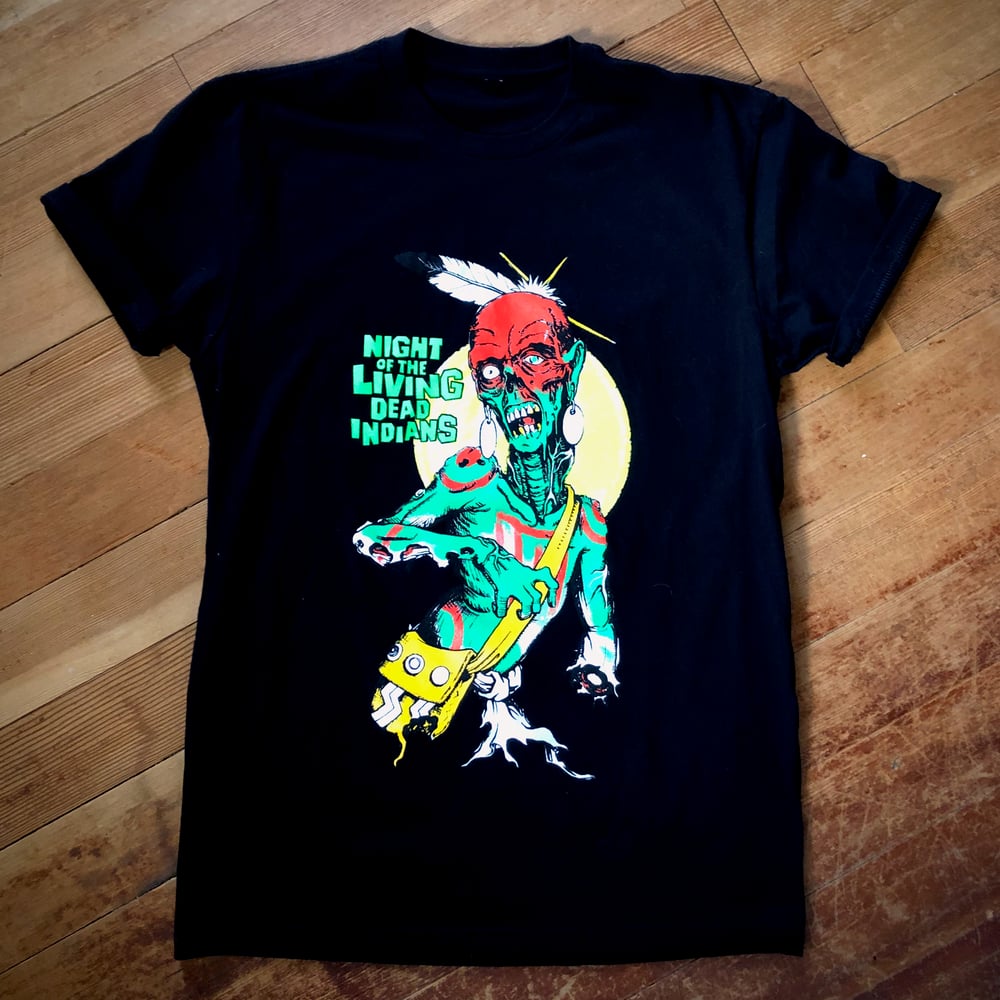 This tee was designed by our friend John Henry Gloyne (Cherokee, Osage, and Pawnee), who just opened his tattoo parlor, Serpent & the Rainbow, in Ashville, NC.

The story behind this tee is a good one. Back in 2007, I worked with a grassroots magazine called RED INK. We highlighted artists, poets, and intellects. John Henry was one of our Featured Artists, and he had this crazy epic painting called Night of the Living Dead Indians. It stuck in my mind for over a decade! So I asked him to recreate a simplified version for the tee club and he obliged.

About the design, he explains, "Complacency is destroying the lives of so many Native people, who are becoming slaves to paychecks, clocks on the wall, the party scene, medication, or even their children sometimes. They seem to forget that there is a whole big world out there, and even some places that can only be touched with the heart. Just because you have to grow up doesn't mean you have to put one foot in the grave to do it. 9 to 5 is a death wish. No matter where or what I'm doing in my life at any time, I want to keep exploring, trying, and having fun."