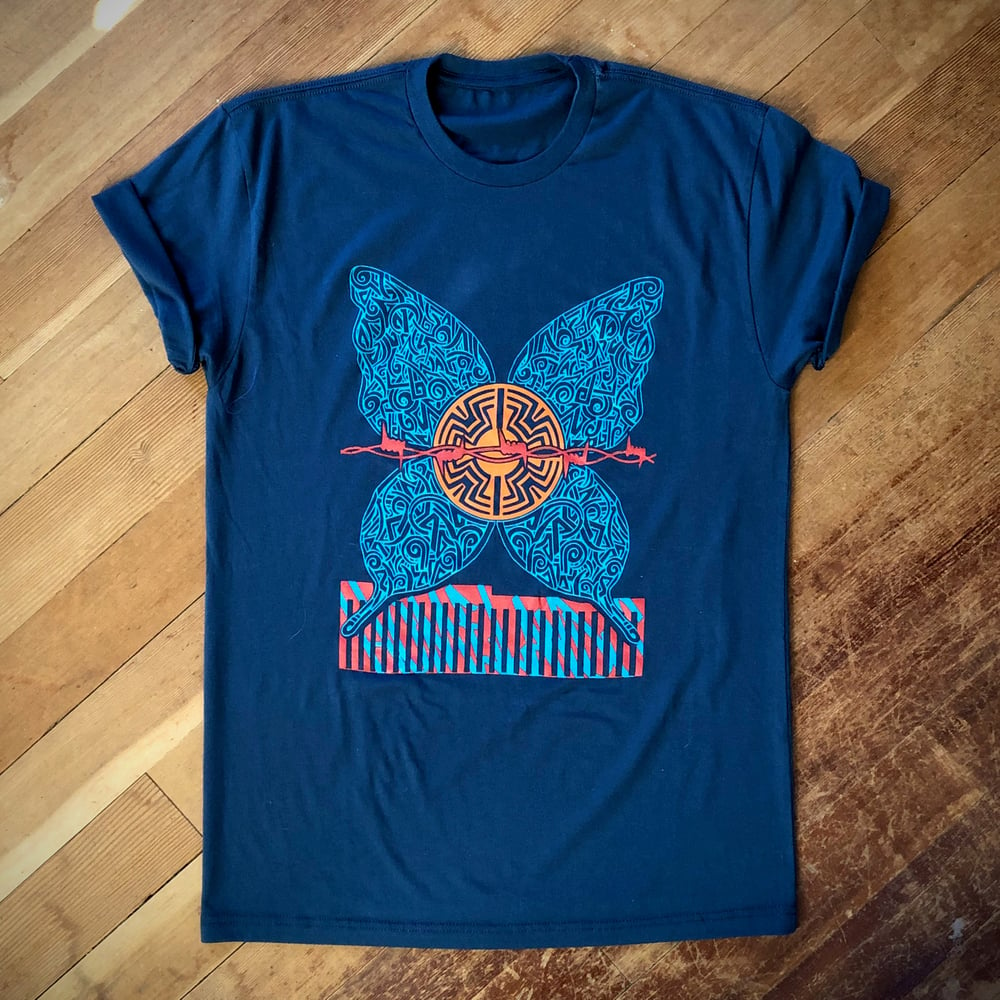 This tee was designed by Thomas 'Breeze' Marcus (Tohono O'odham).

He explains the design: "The Tohono O’odham Nation, as well as the rest of the southern border of the United States, is under attack by geopolitical agendas. The wall being built creates not only a physical divide, but also a spiritual and mental divide among the country at large, and, more importantly, it disrupts a Native American people's way of life, whose traditional homelands exist on both sides of the international border.

Beyond the current administration’s heightened political move to erect a fence, the Tohono O’odham Nation itself has been under a militarized state since 9/11, with one of the largest homeland security presence in the United States, including heavy border patrol checkpoints within the boundaries of the reservation and the recent installation of surveillance towers built by an Israeli defense company.

“Homelands” is a piece that highlights the resilience of the Tohono O’odham (Desert People) who are currently experiencing these issues on a firsthand and daily basis. The Hokimal (butterfly) image is accompanied by a central O’odham butterfly basket pattern and represents freedom of movement. It also references feelings of soothing calm or hope, similar to a grandmother’s love. These elements balance the barbed wire and wall below, which are the adversities. The graffiti writing on the bottom wall simply states “homelands”. Intentionally difficult and complex to read, it reflects the complexities of the varied issues that comprise the landscape and daily life of the O’odham of southern Arizona."