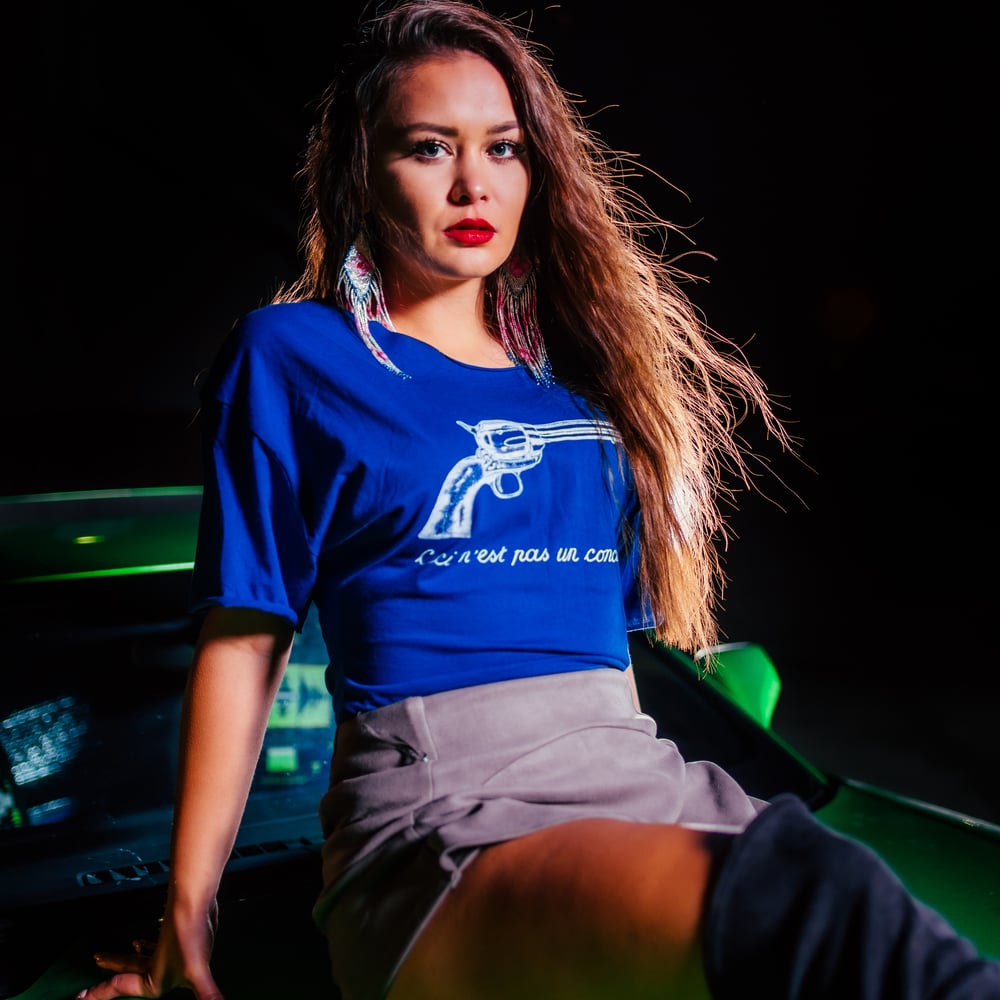 This tee by Dustin Martin (Navajo) was featured in the Native Fashion Now exhibit, and we have relaunched a limited edition version due to numerous requests to bring back this design. It spotlights an image of a pistol and reads "Ceci n'est pas un conciliateur," which translates to "This is not a peacemaker."

This comfortable swoop tee is about to become your new favorite. Standard unisex tee with raw swoop neckline. Fits loose, order a size down for a more fitted look. See size chart for reference. Pair with your favorite Native-made jewelry.